I burned to build a great monument. The result is now before you.

Unity is its theme — the unity of all life — and this oneness of the law of life is love.

Violet Oakley, in the Senate


January 20, 2019 marks the one hundredth anniversary of Violet Oakley finishing her Senate Chamber murals. Unity and The Creation and Preservation of the Union were completed and dedicated first, on February 12, 1917. Two years later, The Little Sanctuary in the Wilderness and The Slave Ship Ransomed were completed and dedicated, on January 20, 1919.

Seven years earlier, in 1912, Pennsylvania's Superintendent of Public Grounds and Buildings asked Violet Oakley, a renowned mural and stained-glass artist from Philadelphia, to design murals for Pennsylvania's new Senate Chamber. When they were completed, she hoped they would serve as a "testament to the world." (Sacred Challenge, 63) At the one-hundredth anniversary of her Senate work, it is appropriate to reflect on the spirit and substance of Violet Oakley's Senate murals.

This exhibition is both a celebration of Violet Oakley's art and a reminder of the legacy she left the Commonwealth. The Senate Library, invites Members, staff and visitors to experience anew the mastery of material and depth of thought inspiring Violet Oakley to create such lasting monuments to democracy in the Commonwealth and world. The Library of the Senate presents this exhibition in collaboration with The Capitol Preservation Committee, Historical Society of Dauphin County, State Library as well as Senate Republican and Democratic Graphics.


Senate Resolution No. 22
"Recognizing the 100th Anniversary of the Violet Oakly Murals." 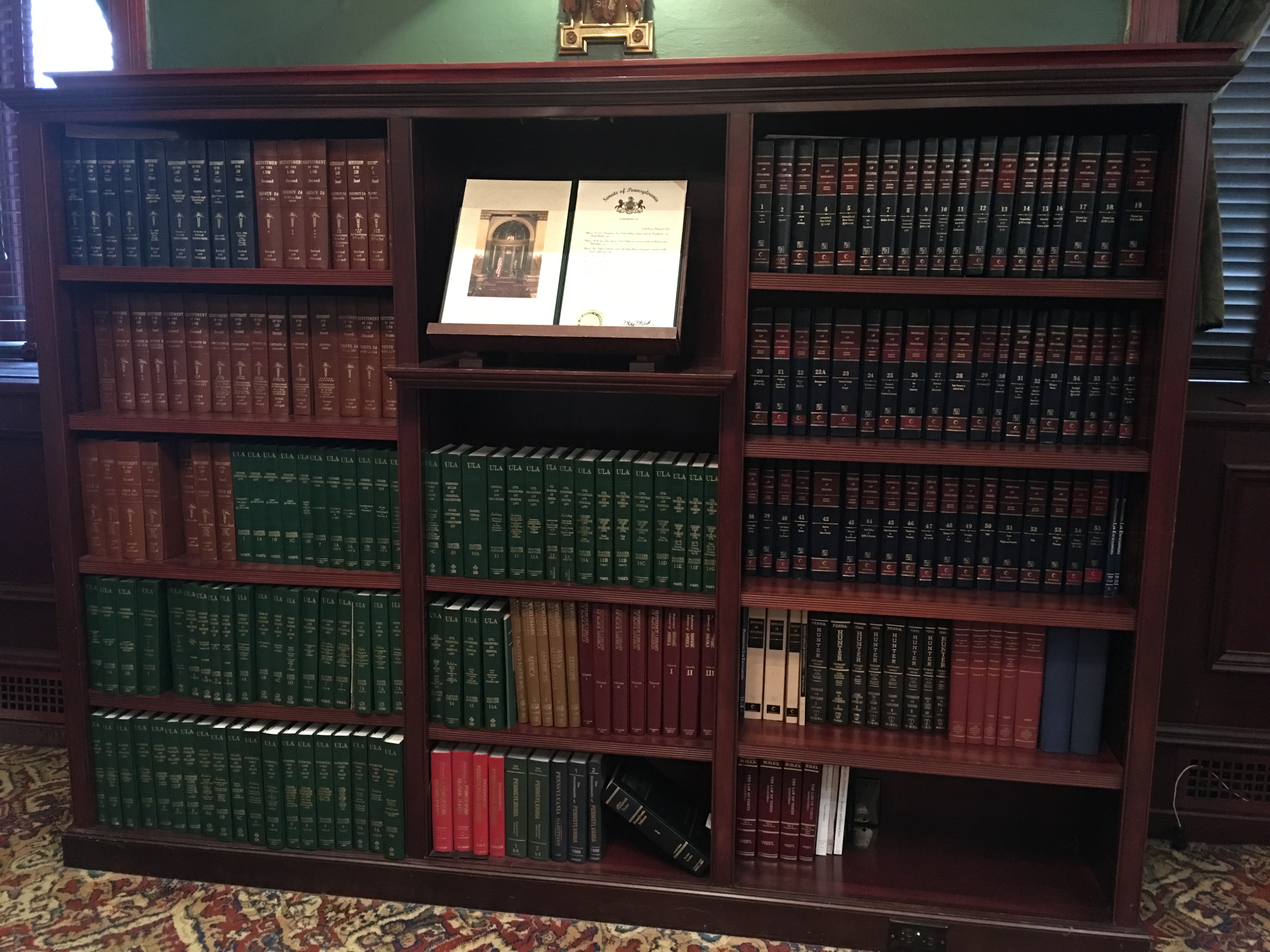 Senate Resolution No. 22 on display in the PA Senate library 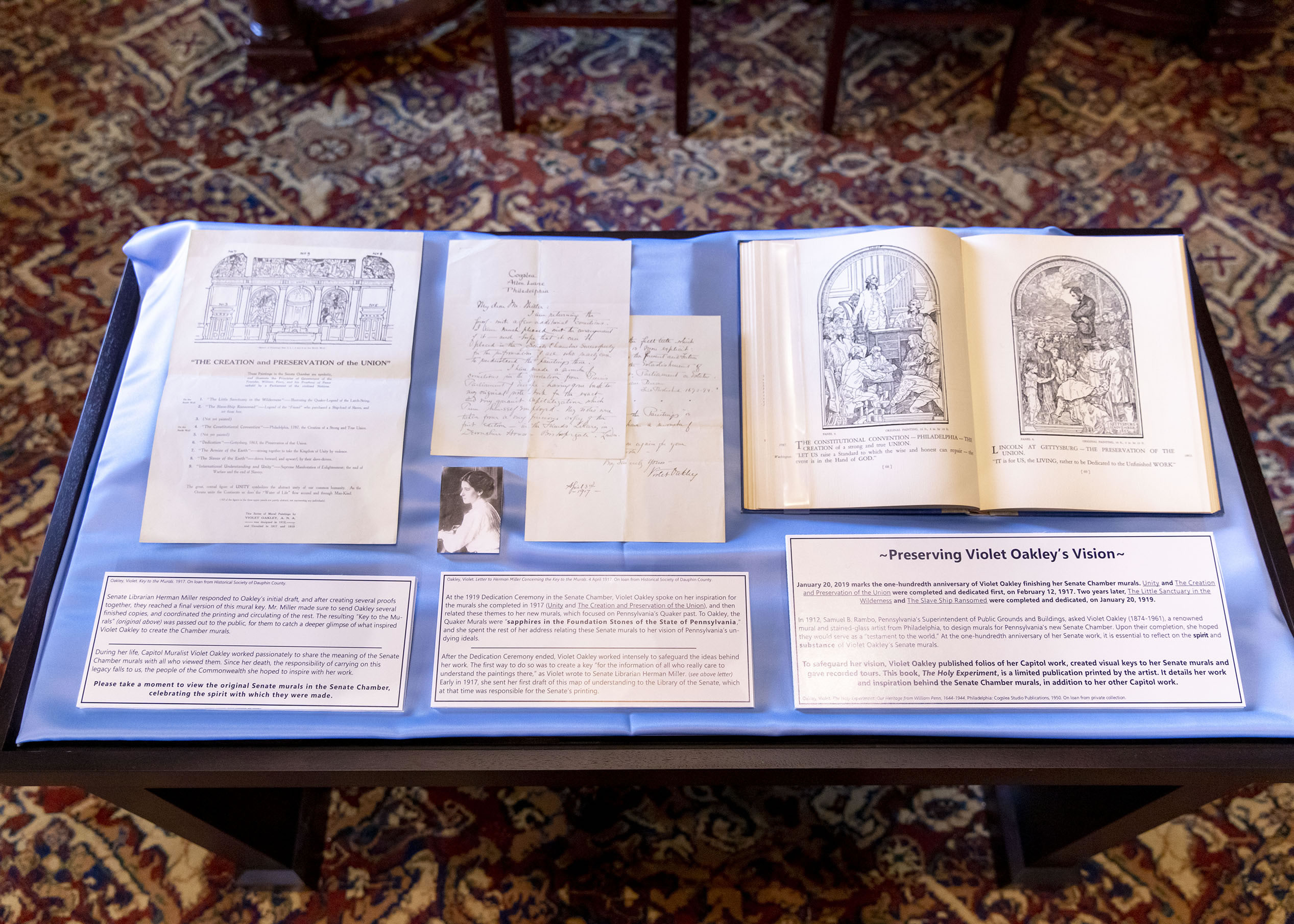 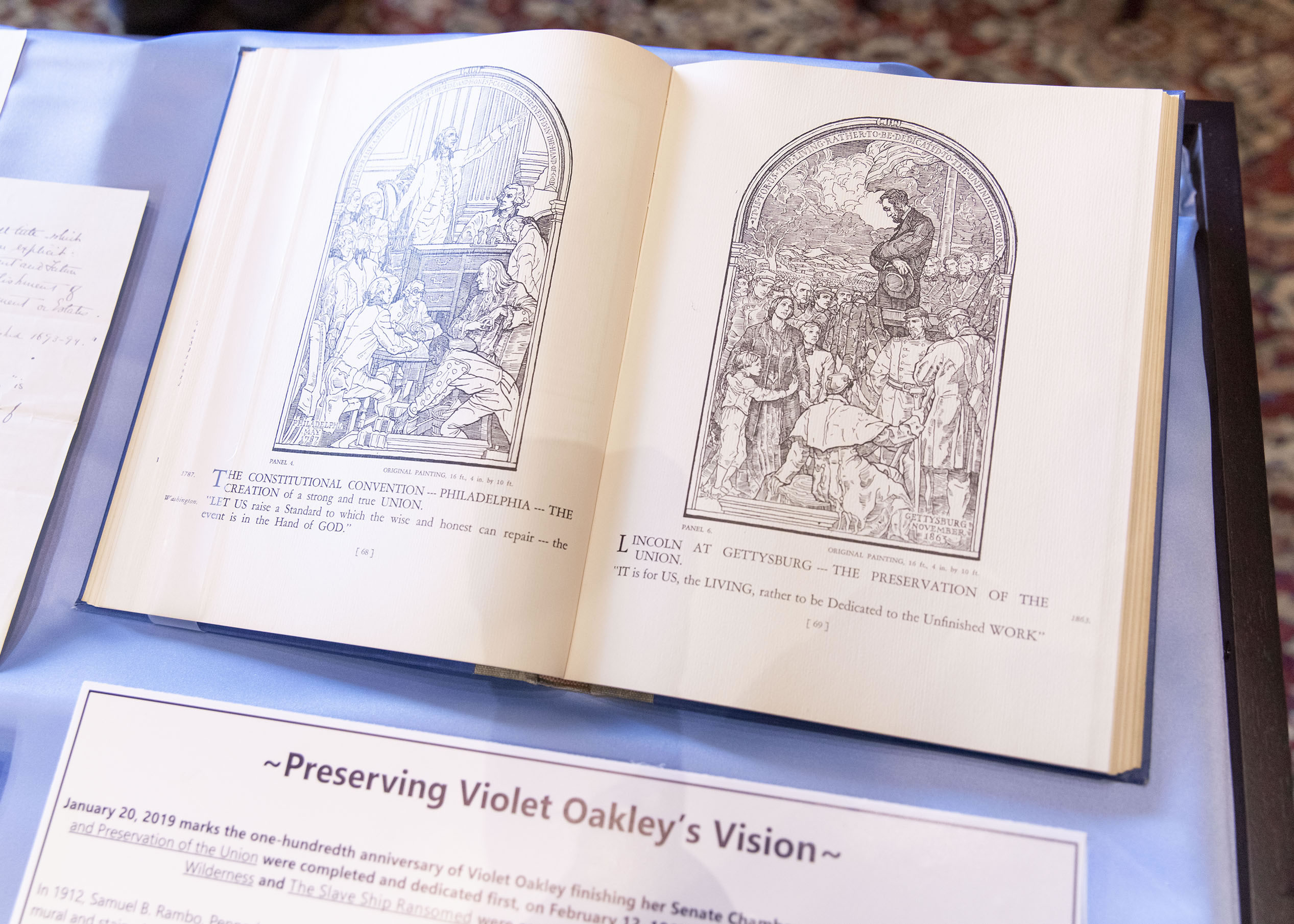 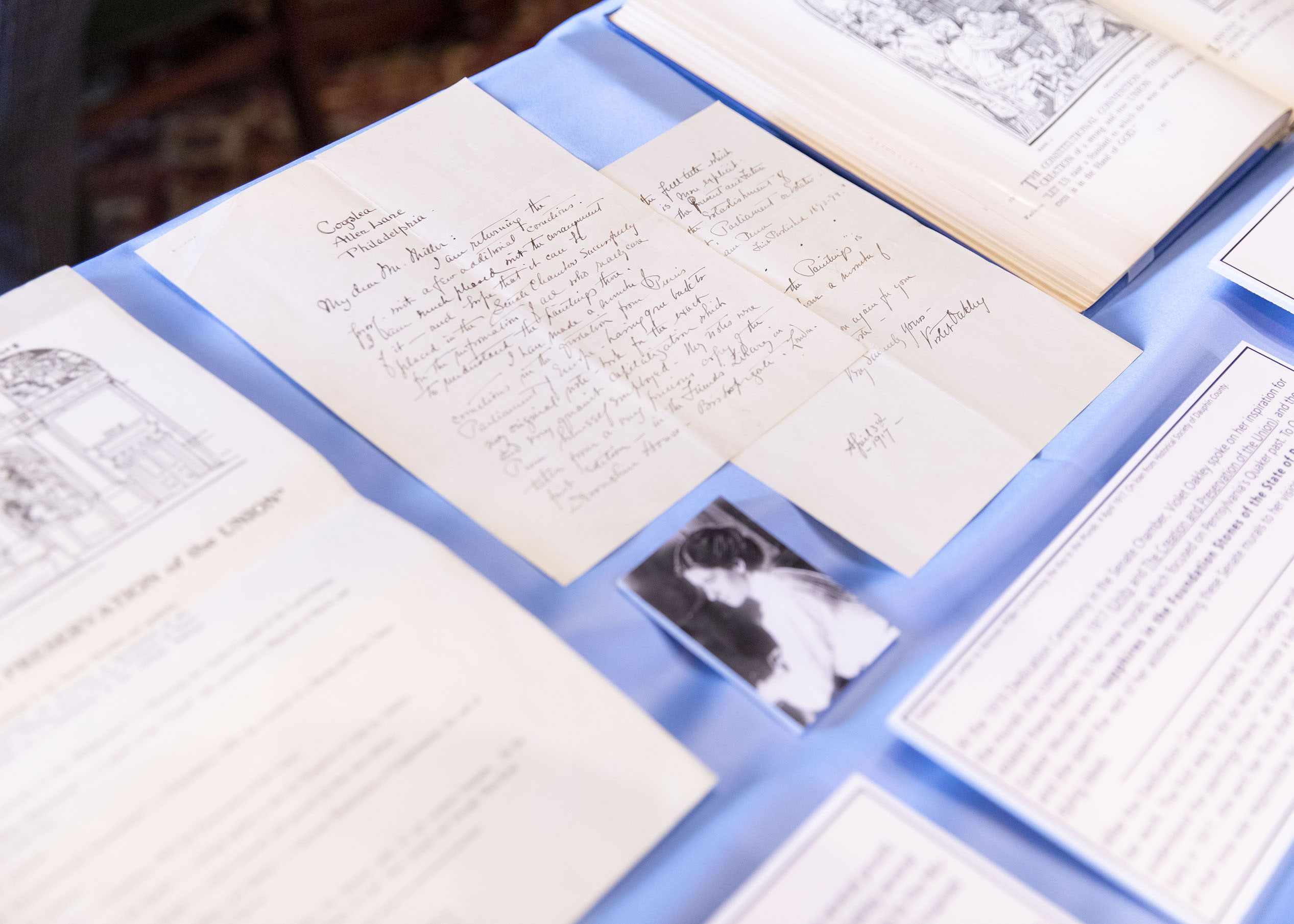 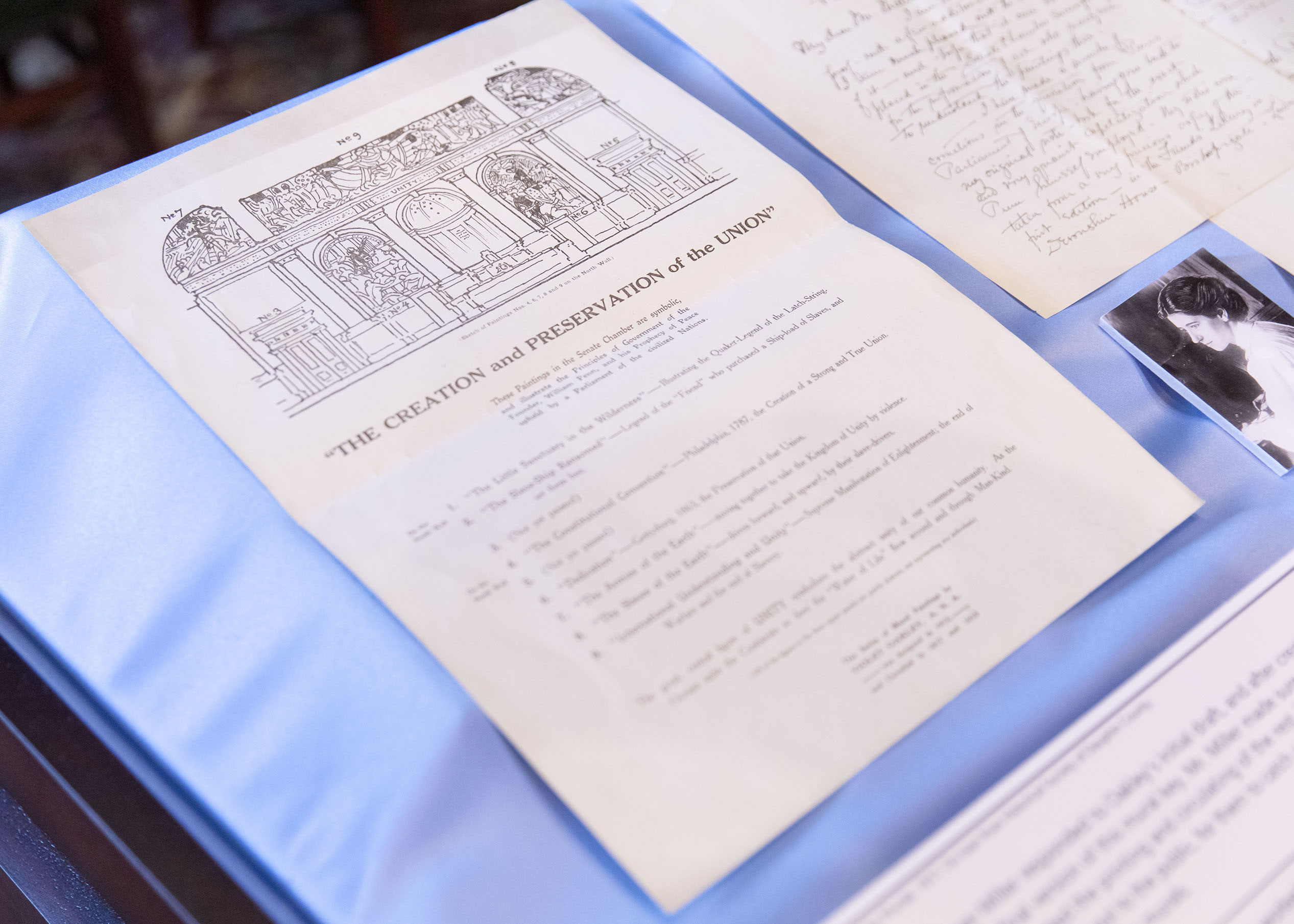 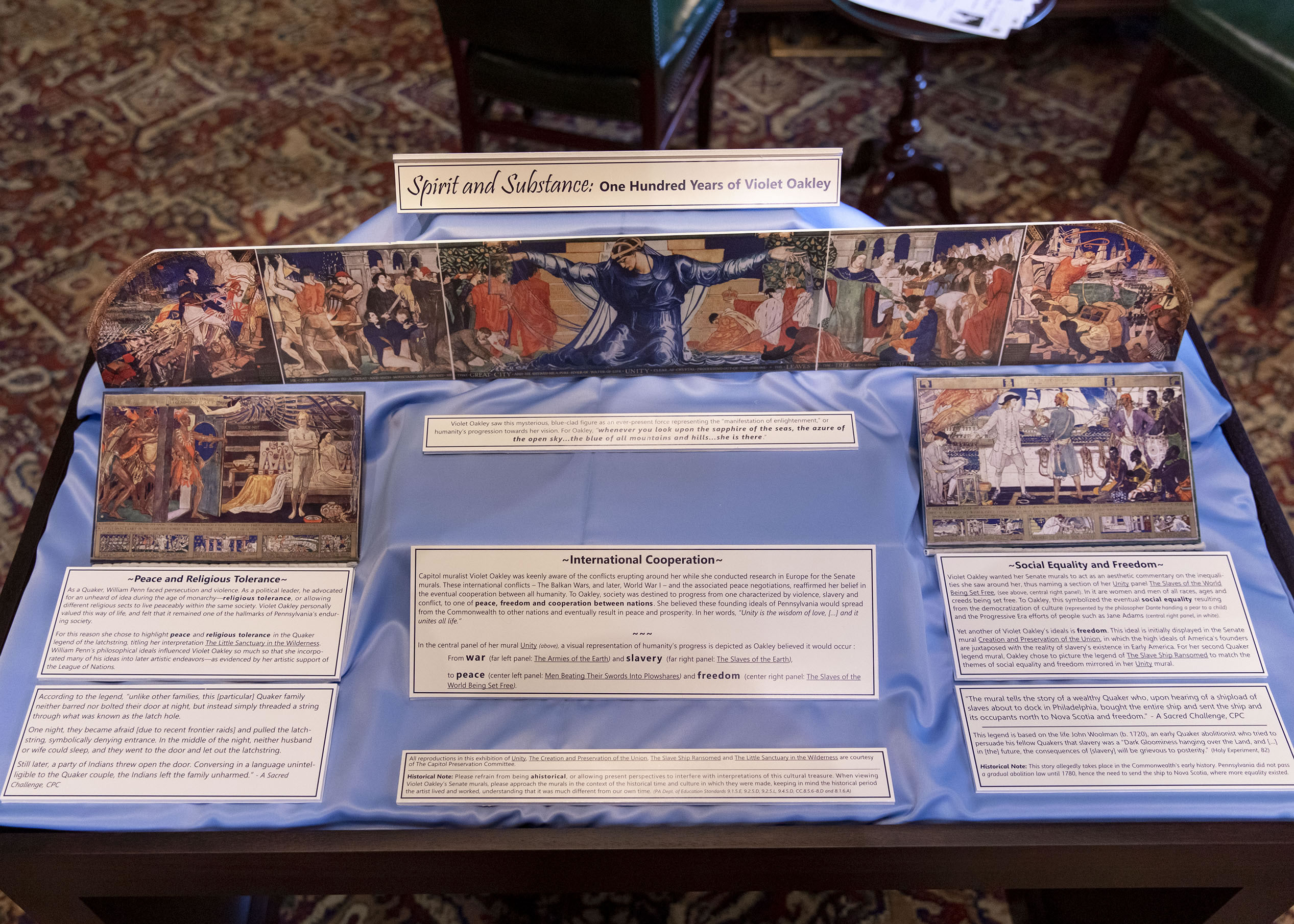 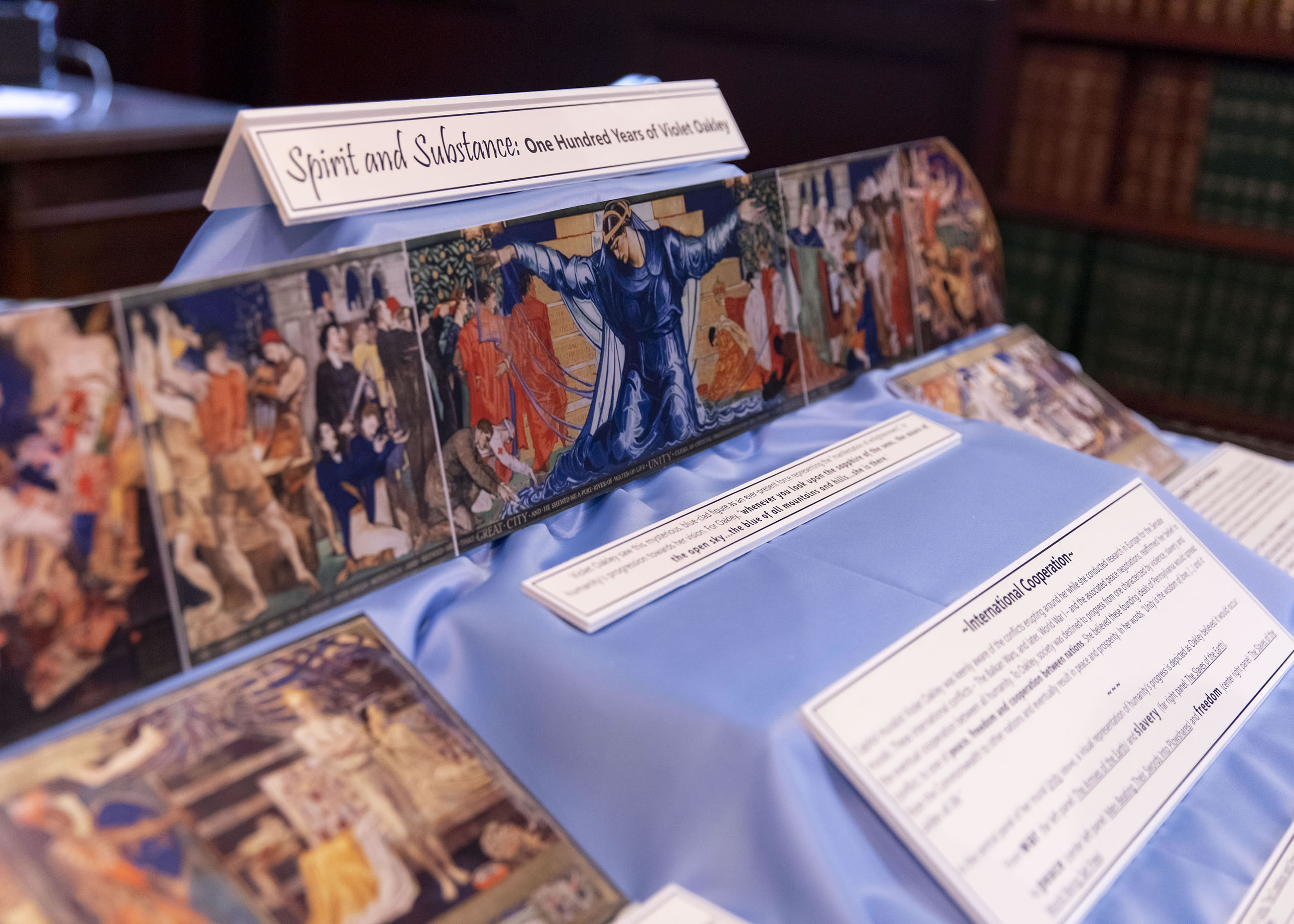 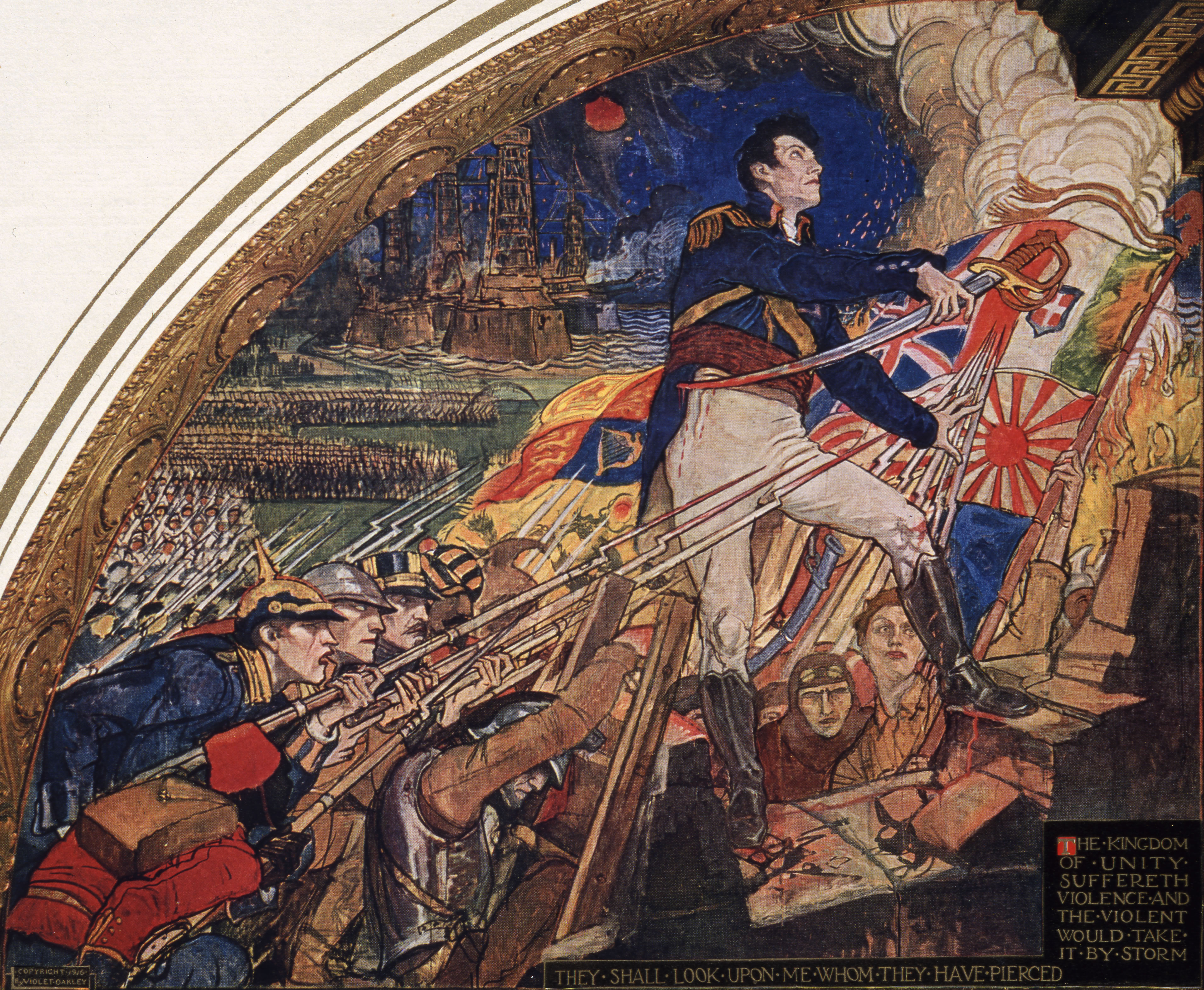 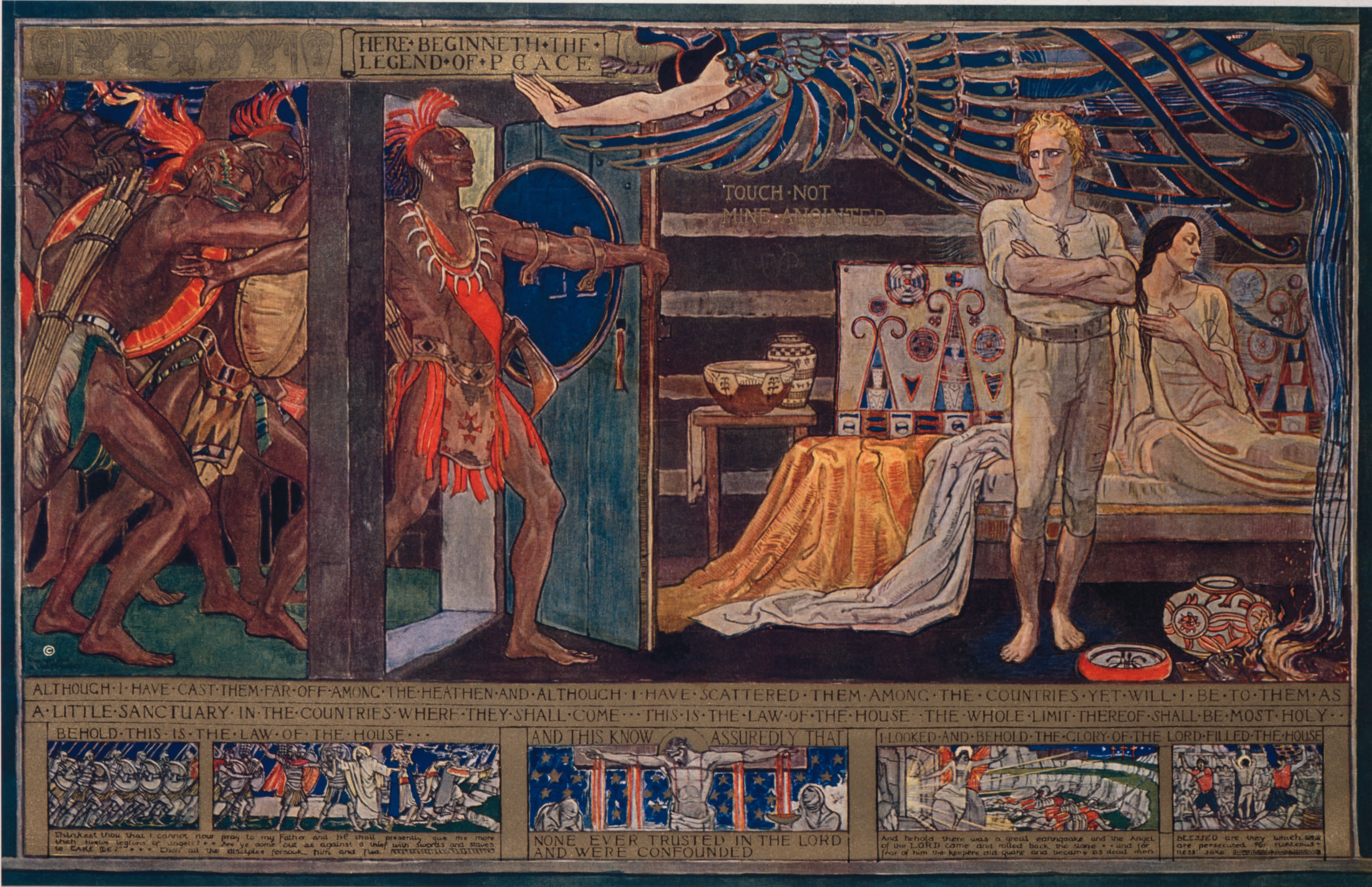 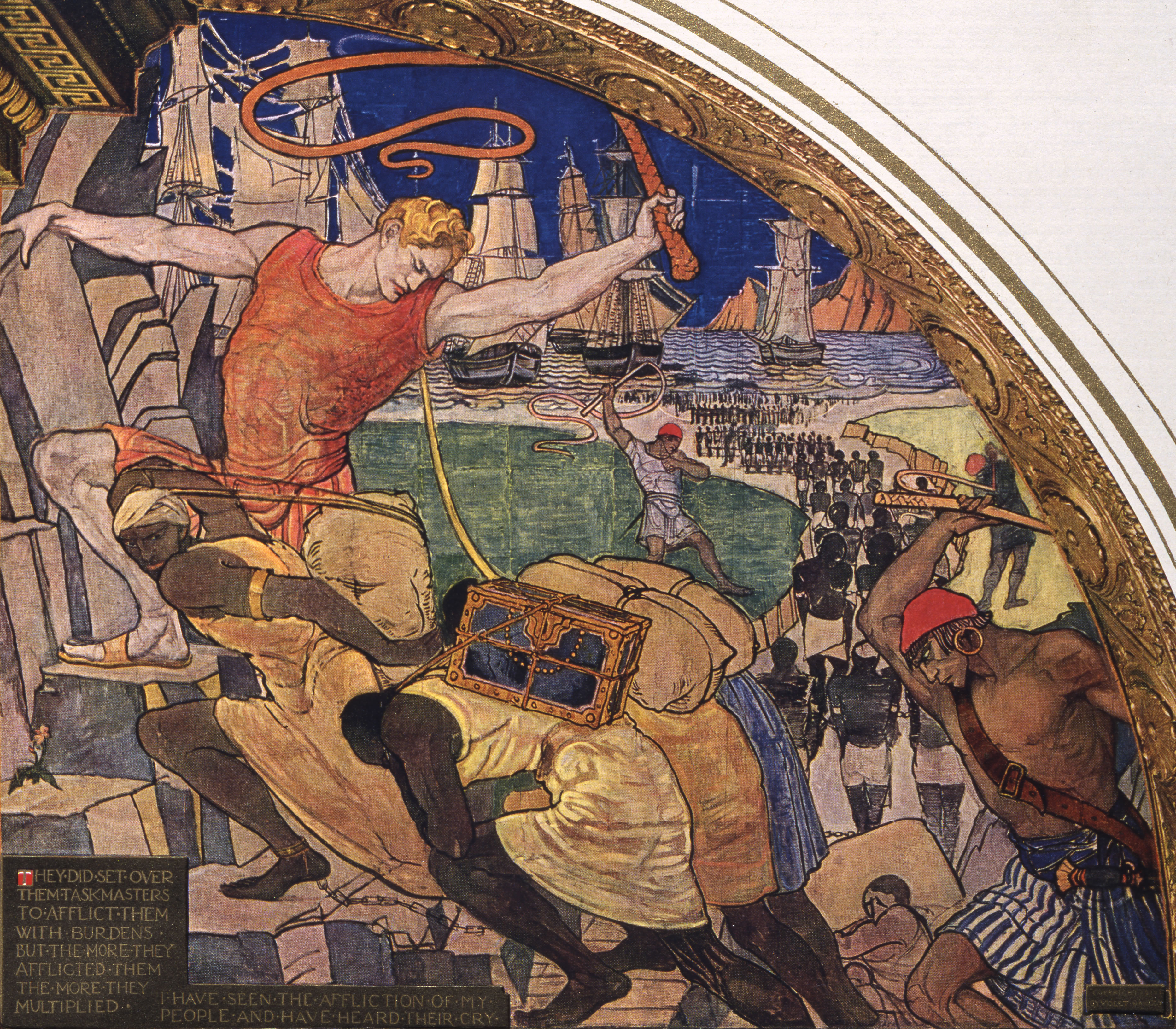 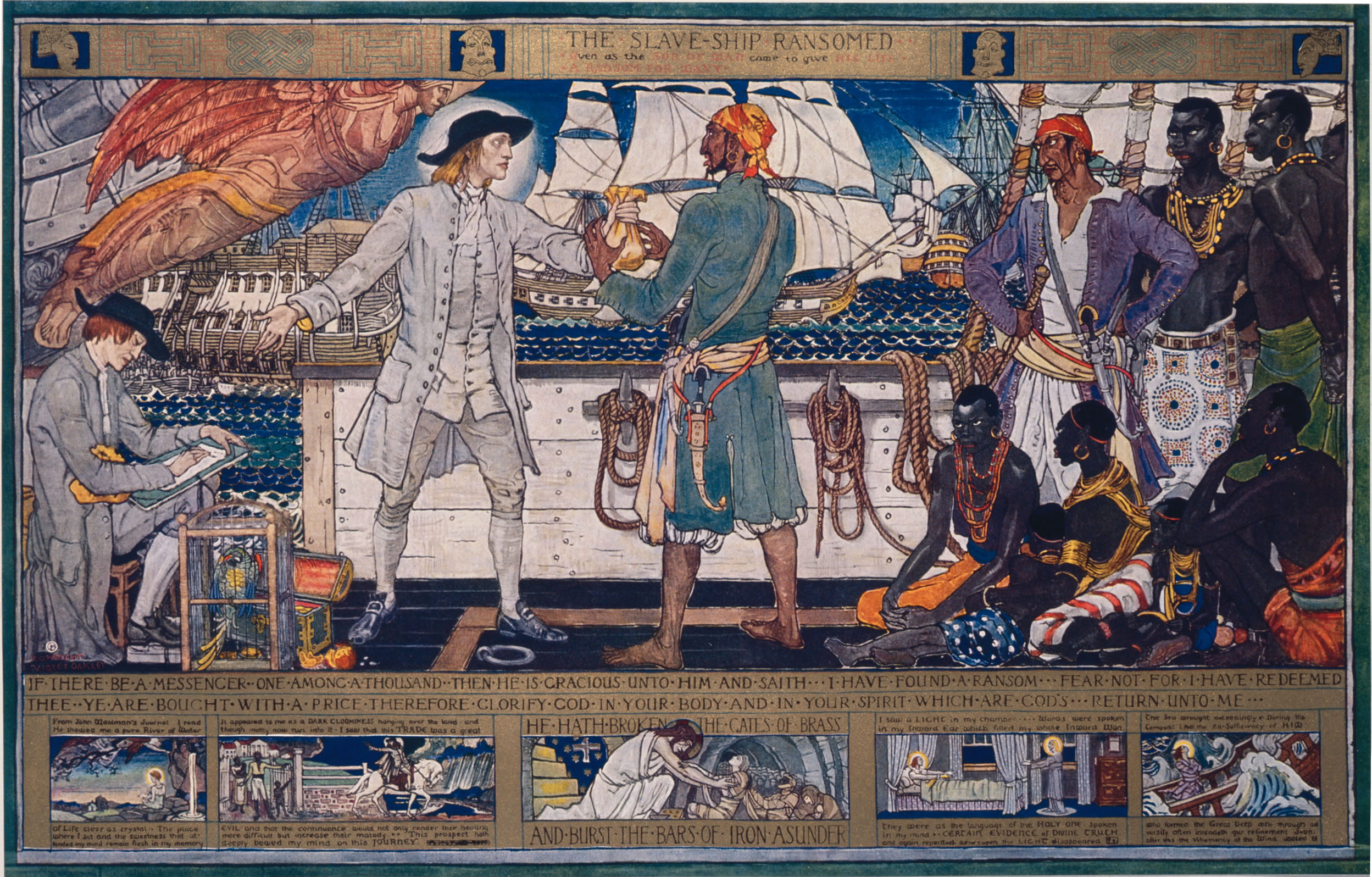